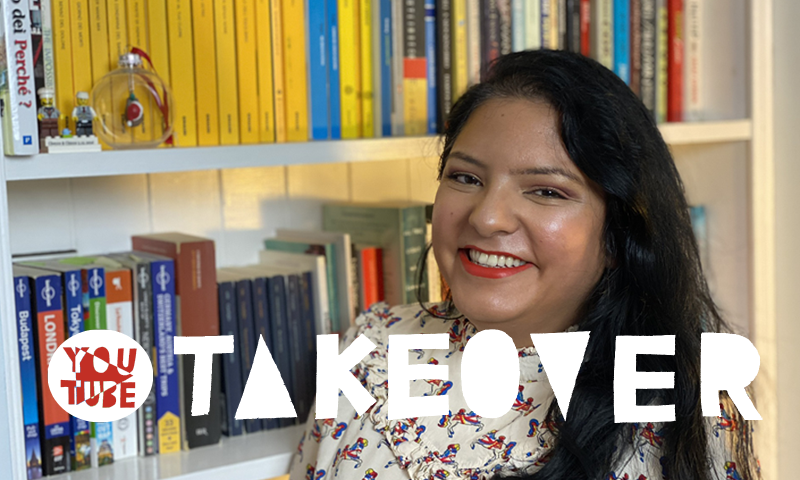 Patrizia Longhitano was the first poet to take part in our YouTube Takeover. She said "I decided to approach this project with an un-apologetical force, but at the same time with irony and love without being scared of looking ridiculous or vulnerable."

Longhitano was born in Brazil and lived there until she was eight years old. She relocated to Italy in a small village in Veneto with her adoptive parents until 2005 when she moved to the UK. She started writing poems in English ten years ago. Her work has appeared in the anthology Un Nuevo Sol, Harana Poetry, The Rialto, The South Bank Poetry Magazine, The Delinquent (R.I.P.) and most recently in Harana Poetry.

Longhitano came to us via the Invisible Presence collective of British Latino writers and she is responding to the poems of Legna Rodríguez Iglesias from her PTC collection A little body are many parts.

This collection offers a broad survey of Rodríguez Iglesias’s work, drawing on eight previous collections in Spanish. Throughout, the poems are inflected with Cuban history and explore the tensions between the generation of the Revolution and her own. Longhitano, in turn, writes about her own experience of living between cultures, having moved from Brazil to Italy as a child, and more recently to the UK.

Both of the poets bring a great sense of humour to their work.

This video is called Fortune Teller and uses a colour schoolchild's folded paper fortune teller to frame a set of poems about colours that reflect on personal and ancient history.

One of two short animations Patrizia has made responding to Legna's poems. Short and sweet.

A second animation, this one short and sour?

Connecting the dots… and the Universe

From the fastest winds in the universe, 9to be found on planet HD189733-b) to memories of eating fish and chips in your bathing suit. Everything is connected.

Patrizia's last video for the PTC YouTube Takeover has something of the melancholy of a goodbye about it. Also, in touching on themes of exile it echos many of the poems translated by the PTC over the years that meditate on displacement and home.

Patrizia would like to thank Richard and Marika for helping her with the filming of this video and Alessio for lending her his equipment and his precious time.

The PTC YouTube Takeover credits were animated by Ben Roche Farrelly and the theme tune 'Elephant Juice' was composed by Natasha Sutton Williams.