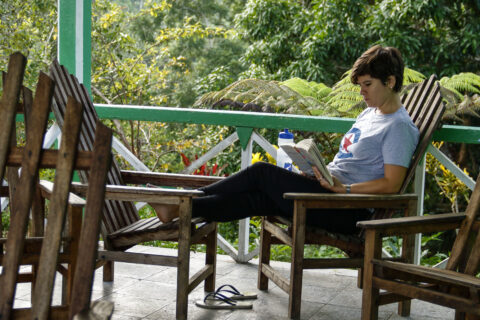 Serafina recently graduated with First Class Honours from King’s College London where she read French and Hispanic Studies. During her degree she specialised in literary translation and wrote her dissertation on translating gender in Latin American Literature. In 2014 she spent 7 months living in Cuba where she began a project working with young Cuban poets, including Oscar Cruz.

Serafina has taken part in Translation in the City at City University and is a member of the Emerging Translators Network. She trained with Translators in Schools and led a translation workshop at The Big Translate as part of the London Literature Festival. During 2015 she worked as an interpreter for Latin American workers at the Independent Worker’s Union of Great Britain. She also interpreted at the London Spanish Theatre Festival.

She currently works as a freelance translator, interpreter and reader, working on everything from poetry to documentaries.