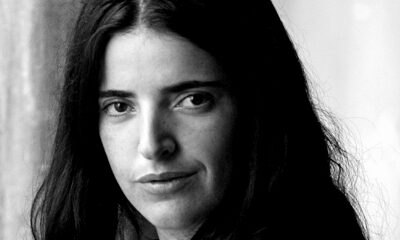 Bejan Matur is the most illustrious poet among a bold new women’s poetry emerging from the Middle East. Her poetry engages directly and concretely with the struggles of her people, and yet there is also a mysticism in her writing, a closeness to nature, an embracing of mythology – a dialogue with God.

Bejan Matur was born in 1968 to a Kurdish Alevi family in Marash, South-east Turkey. She studied law at Ankara University. Her first collection of poetry, Rüzgar Dolu Konaklar (Winds Howl Through the Mansions, 1996), stood out from the contemporary mainstream of Turkish poetry and won several literary prizes. She is the author of four further collections: Tanrı Görmesin Harflerimi (God Must Not See the Letter of My Script, 1999); Ayın Büyüttüğü Oğullar (The Sons Reared by the Moon, 2002) Onun Çölünde (In His Desert, also 2002); and İbrahim’in Beni Terketmesi (How Abraham Abandoned Me, 2008). She has also written prose books and works for the stage.

Bejan Matur's poetry has been translated into 28 languages including French, Spanish and Chinese. She has two collections in English translation, both with Arc Publications: In The Temple of a Patient God and How Abraham Abandoned Me (which was selected as 'best translation of the year' by the Poetry Society in 2012).

From 2005 to 2012 Bejan Matur wrote regular opinion pieces for major Turkish newspapers. Her subjects of interest were Kurdish politics, Armenian issues, day-to-day politics, minority issues, prison literature, and women's issues. She is a former director of the Diyarbakır Cultural Art Foundation. She currently lives in London and is a consultant on Kurdish issues for the Democratic Progress Institute.