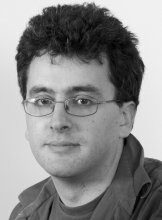 Daniel Hahn is a freelance writer, editor, researcher and translator. His translations include Creole (2002), TheBook of Chameleons (2006), My Father's Wives (2008) and Rainy Season (2009), all by Angolan novelist José Eduardo Agualusa. The Book of Chameleons won him the 2007 Independent Foreign Fiction Prize; the process of translating Rainy Season was recorded in a blog at www.translatedfiction.org.uk. Other translations include the autobiography of Brazilian footballer Pelé. Among other books, he has written short biographies of Shelley and Coleridge, and is currently working on a brief life of Blake, as well as translations of two contemporary Portuguese novels.