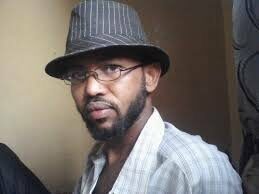 Xasan Daahir Ismaaciil ‘Weedhsame’ is widely regarded as one of the most promising young Somali poets of his generation. Thanks to his close relationship with leading poet Maxamed Xaashi Dhamac 'Gaarriye', Weedhsame is steeped in the long and complex history of Somali poetry and, as a notably gifted practitioner, is committed to continuing its traditions.

Weedhsame was born in Kalabaydh to the west of Hargeysa in 1982. At the age of six, he and his family were forced to flee to the Dul-cad refugee camp in Ethiopia as a result of the bombing campaign launched by the Somali dictator, Siad Barre. Once Barre had been overthrown, Weedhsame and his family returned home in 1992 and he was able to begin his education which led to him graduating from the University of Cammuud with a BSc in Mathematics.

Weedhsame began composing poetry when he was 16 years old. In 2001 he won first prize in a poetry competition organised by the Academy for Peace and Development. To date, he has composed 67 poems and 40 songs, all of which have been widely broadcast via Somali media.

In 2000 Weedhsame met Maxamed Xaashi Dhamac 'Gaarriye' for the first time and they immediately became close, with Gaarriye acting as his mentor and teacher. Gaarriye not only encouraged Weehsame's poetry, but for the younger poet, their relationship proved to be an invaluable induction into the complexities of Somali metrics from the person who had been the first to analyse and categorise its structures.

Weedhsame now teaches the course on literature that Gaarriye once taught at the University of Hargeysa and he also works for the National Office for Examinations.