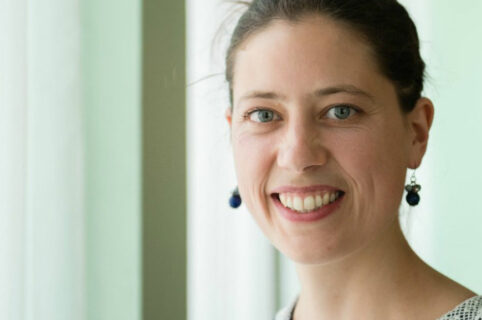 Miriam Nash is a poet, performer and educator who grew up in Scotland, England and Wales. She was awarded a Fulbright Scholarship to study poetry at Sarah Lawrence College in New York, and graduated with an M.F.A. in 2014. She has performed her work internationally, and brought poetry into schools, museums, mental health organisations and prisons in the U.K., U.S.A. and Singapore. She was the first Writer in Residence at Greenway, Agatha Christie’s summer home, as part of Writing Places with the National Trust, Literature Works and The Poetry Archive. Her poetry has appeared in numerous magazines and her pamphlet, Small Change (flipped eye), was published in 2013. She received an Eric Gregory from the Society of Authors in 2015, and was runner-up for the Edwin Morgan Poetry Award in 2016. All the Prayers in the House, her first collection, was published by Bloodaxe Books in 2017 and won a Somerset Maugham Award in 2018.