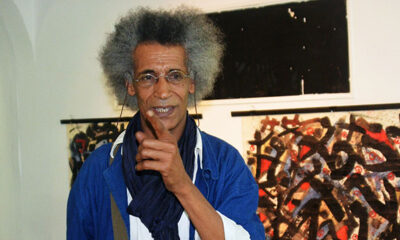 Mahmoudan Hawad (1950-). Poet born into a family of the Ikazka-zan Tuareg, who are part of the Kel Aïr Tuareg of Niger. Before the Tuareg rebellions of the 1990s and after a spate of unemployment, he relocated to Aix-en-Provence, France, where he lives and publishes his works. He writes in Tamazight but is translated into French by his wife, the scholar Hélène Claudot-Hawad. Hawad defines himself as a Tuareg as opposed to a Nigerien. He is known for his use of what he calls furigraphy or altered Tifinagh, the written form of Tamazight, to create space within his poetry and to highlight certain themes. His poetry collection Testament nomade (1987) was translated into Arabic by the Syrian poet Adonis. Hawad adopts an anarchist approach in his writings, rejecting nationalist affiliations that would deny the nomadic integrity of Tuareg life.