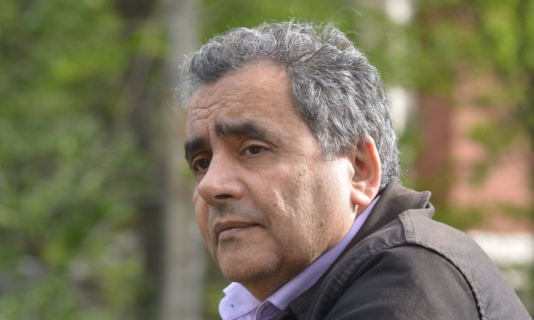 Habib Tengour's writing focuses on the Algerian cultural identity and memory as they are being constructed and adapted in the modern conceptions of the Orient and Occident. The poems address experiences of exile and migration. He is considered one of the most forceful and poetic voices to emerge from Northwest Africa in the post-colonial era.

He writes in French but his work is steeped in Algerian culture and tradition. His family moved to France for political reasons when Habib was five years old, and he grew up there in a working-class household. He trained as a sociologist and anthropologist, working and lecturing in both France and Algeria.

Tengour's poetry is said to unite tradition and modernity. His poetry is inspired both by western figures like James Joyce and the surrealists and by pre-Islamic poetry, the Mu'allaka, classic epic lyrical poems about life in the desert, love and religion. He has public more than fifteen books including poetry, essays, and drama, and his work has been translated into several languages, among them English, German, Italian, and Arabic. He himself translates English- and Arabic-language poetry into French.