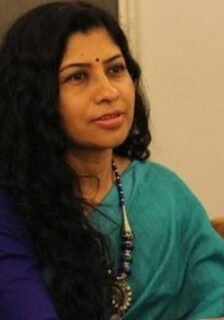 Geetha Sukumaran is a poet and a bilingual translator. She has published two books in Tamil: Tharkolaikku parakkum panithuli (a Tamil translation of Sylvia Plath's poems, 2013), and her own poems, Otrai pakadaiyil enchum nampikkai in 2014. Her English translation of Ahilan's poetry, Then There Were No Witnesses, was published by Mawenzi House, Toronto (2018). She is the recipient of the SPARROW R Thyagarajan award for her poetry in Tamil. She is a doctoral student in the Humanities at York University, Toronto.