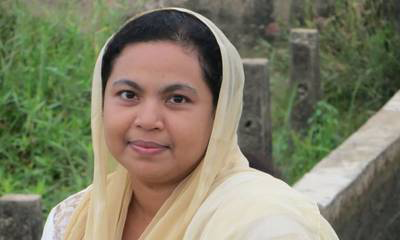 Anar (Issath Rehana Mohamed Azeem) is a distinguished voice in the Sri Lankan Tamil poetry scene with 5 critically acclaimed collections to her name. She has been contributing her poems and articles to literary magazines and national media since the early 90s. Several of her poems have been translated into English and have appeared in anthologies and journals. Her poems often address what it is like to be a Muslim woman living under war and violence, and how language or poetry can transform life and experience. Her poetry is acutely aware of the violence, risk and horror of being a woman under conditions of religious extremism, islamophobia and state oppression.