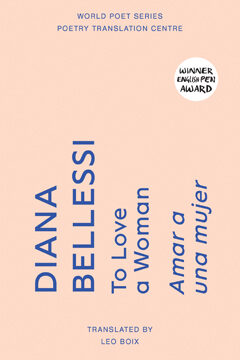 The Nude Maja is featured in To Love a Woman.
Buy now

In translating this poem, included in Diana Bellessi’s book Tener lo que se tiene (2009), we debated about the direct reference the poet made in her title to Francisco de Goya’s painting La Maja Desnuda’ (ca 1797–1800), known in English as The Nude Maja. We opted to keep that title as in the famous painting that portrays a nude woman reclining on a bed of pillows. Bellessi’s stylistic references to the Spanish Golden Age poets of the period, most notably to Garcilazo de la Vega and Sor Juana Inés de la Cruz, gave us also some clues as to how to maintain a rather Baroque structure in translating her poem. Some examples of this were ‘on a night serene with moon’ rather than ‘the serene moonlit night’; ‘the river docile as a lamb’ over ‘gentle as a lamb’, ‘a chorale of frogs intones its mantra’, where we discussed the importance of ‘chorale’ over ‘chorus’ for its visual references to the coral reefs, and favoured ‘when roses distill their aroma’, rather than the more obvious ‘condense’ or ‘infuse’. We also debated about the sensuous Lesbian imagery in the poem, especially in the second part. We decided on the more explicit ‘rub against each other’ rather than ‘touch’ or the softer ‘caress’, and opted for ‘her own queenly surrender’ as the final line over ‘regal’, ‘majestic’ or ‘adorned’ surrender, to link it to the previous image ‘in the night cloaked in stars’ and ‘this form/that desires’, underlining not only the pictorial qualities of the poem, but also its voluptuousness and homoerotic yearnings.

Other poems by Diana Bellessi

Other poems in Spanish

Other poems from Argentina