In partnership with Somali Week Festival 2011, the PTC is hosting a series of readings across the UK with Caasha Luul Mohamud Yusuf and her translator, Clare Pollard, plus the poetry of Maxamed Xaashi Dhamac 'Gaarriye', read by Maxamed Xasan 'Alto' and his translator, W N Herbert

The PTC has a long-established relationship with the Somali community, who are arguably the most poetry-obsessed people on earth! We are delighted that, in partnership with Somali Week Festival 2011, we'll be hosting a series of readings of Somali poetry across the UK.

Caasha Luul Mohamud Yusuf is regarded as one of the most exciting poets in the UK Somali diaspora. Her vivid poetry, infused with precise and beautiful imagery, has had an enthusiastic reception. Caasha has been co-translated by the young British poet, Clare Pollard, who'll be reading alongside Caasha.

We were hoping that Maxamed Xaashi Dhamac 'Gaarriye', one of the most popular and dynamic of our poets would be taking part in the tour. However, sadly, Gaarriye is seriously unwell and so he will not be able to travel to the UK.

Nevertheless, his outstanding poetry will be celebrated and read at events in Swansea and Leicester in Somali by Maxamed Xasan 'Alto' and by his translator, poet W N Herbert, whose nuanced and powerful co-translations have been widely praised. 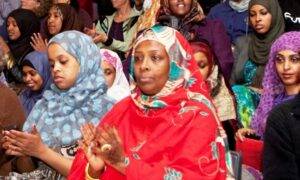 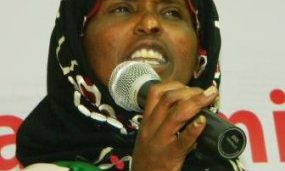