Abdellatif Laâbi at The Mosaic Rooms 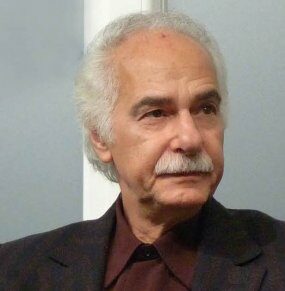 Prize-winning Moroccan poet, Abdellatif Laâbi was joined by his translator, André Naffis-Sahely, for a reading from his newly published chapbook of poems and to launch his memoir, The Bottom of the Jar.

André skilfully interwove passages from Abdellatif's prose and poetry into an illuminating introduction to his work and life which was followed by a lively and fascinating tri-lingual (English, Arabic, French) Q&A session.

The Bottom of the Jar (published by Archipelago Books) is an exploration of Laâbi’s childhood city of Fez, Morocco, through Namoussa, his semi-fictional kindred spirit. The memoir is not only a personal account of Laâbi’s early years, but a work of great social and political import, one that reflects on and evokes the charged atmosphere during the final days of French colonial occupation of Morocco and its painful road to independence.