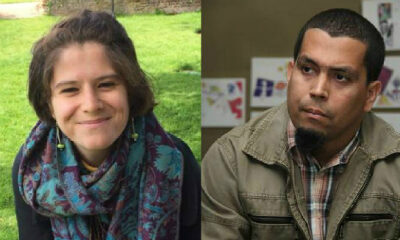 This year was my second experience as a translator with the Poetry Translation Centre. I find the PTC’s workshops extremely helpful as they allow me to see poems I’ve been staring at hopelessly for what feels like decades, from a new perspective. This year we tackled a seemingly straight-forward poem Guantanamo escrito, yet still found ourselves paralysed for at least 20 minutes by an innocent comma. By the end of the translation process we were reconciled with the comma and it even led us to the poem’s English title: Guantanamo, written.

The second poem we worked on was Ganadería Urbana, a poem whose meaning we struggled to agree on. The poem plays on the bombastic vocabulary of Cuba’s socialist regime and reveals a seeming change in the old order through the liberation of women. We thought that the poem might have a feminist message, however when I discussed this with the poet after the workshop he revealed quite the opposite. The process of translating this poem underlined for me the fact that when we translate poetry, we’re not just translating the meaning of the words, but an entire way of seeing the world that is foreign to our own. It is our task to translate this view point faithfully, whether we like it or not.