Building Bridges, One Line at a Time 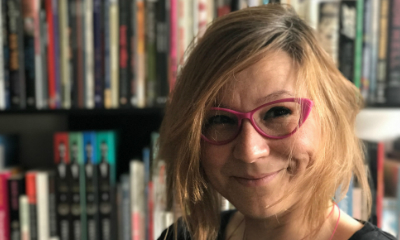 I was recently explaining the translation work I have been doing with the Poetry Translation Centre, to a distant relative who was visiting from Turkey. “You may know these poets,” I said enthusiastically, “Karin Karakaşlı and Bejan Matur, one is Armenian and the other is Kurdish.” I was so proud. After all, to me, translation has always been an act of resistance, and in today’s Turkey, anyone who is not in favour of the current regime must be in favour of basic human rights, regardless of any specific group. How naïve of me, I thought, as my relative looked at me suspiciously before she added, “Be careful not to become an instrument.” She paused, “Especially with the Kurds, they are very manipulative.” This was another one of these moments in my life when I was very happy I did not grow up in Turkey. A sweet, polite and cultured woman in her late sixties was the embodiment of banal fascism.

I have never doubted Turkey’s mistreatment of its many minorities throughout history, I grew up in Belgium and had access to information and a perspective on history that was different from the ones my friends growing up in Turkey had. Belgians would wipe out parts of their own very dark history (and that’s another major issue I will not get into here) but they would never miss an opportunity to remind me that my native country is not respecting its minorities or human rights. It is always easier to point fingers at those “others”. I’ve known about the Armenian genocide and the Kurdish conflict all my life. Demonstrations of hate against minorities are omnipresent in mainstream discourses, and one does not need to go deep into the current regime’s supporters to experience it, as my distant relative has proved. Such hatred scares me very much. It hurts too, because it is a reminder that my native country is not yet on its way to move away from any kind of fascism, yet. It is also a reminder that outside of Turkey, we are always ready to criticise without ever putting a whole part of the population we claim to have a dialogue with on an equal footing. All the writers, poets, artists, activists and members of the civil society that are fighting for basic human rights in Turkey, they do not hate the country where they are based, and they need our support, not our judgment. This is what I believe we can achieve with literature, and especially with poetry: poet to poet, poet to reader, … equal to equal.

I am lucky and extremely privileged to have grown up, and still live, in-between several cultures and languages. This allows me to have a very comfortable position, away from risk. And as I breathe the literatures from Turkey, I find a way to act in support of the voices I love and believe in, through translation. I am indignant that as a nation, we have been denying entire populations their right to live in dignity, to speak their language or to mourn collectively. That we have failed, as Turkish people, to make the memory of so many people who have suffered in our common history, part of our collective memory. So, I try to participate in building a collective memory, a common narrative, through translation.

Now, it is one thing to feel this way about poetry one can understand and feel in the original language, it is another task to translate, and more importantly, make an English-speaking reader with no or little knowledge of either the Turkish language or its history, shake to its core with every single translated line. The collaborative approach on translating these poems, with Sarah Howe in the case of Karin’s, and Jen Hadfield for Bejan’s, has been an extremely enriching experience for me. It also made me feel that I was working with a safety net: No matter what I would do, I was going to have two wonderful poets transforming my literal renderings of the poems into actual poetry. As the beautiful team at the Poetry Translation Centre call me, I am a “bridge translator”. This bridge is more than metaphorical, in the literal translations that I provided Sarah and Jen, I not only translated words, but I also tried to explain the feelings and the context behind the poems. Poetry transcends politics, yes, but to understand the poetry of Karin Karakaşlı and Bejan Matur, one needs to have some knowledge of where their writing is rooted.

Such heavy historical context bears societal challenges: there is a constant struggle between being oneself and having to fit into a mould – one shaped by nationalistic values and imposed by a majority – that makes it extremely difficult for people coming from various minorities, or just daring to act differently than the current majority, to live with daily. This state of in-betweenness and rejection is expressed in both of Bejan and Karin’s poetry, but in extremely different ways (I therefore urge you to discover their work in the chapbooks that PTC is going to publish soon).

We spent hours on Skype with Sarah going through each poem, and Jen sent me many questions which I have tried to answer the best way I could. These conversations were a reminder that, although everything I mentioned above plays a role in the way we read, understand, and translate poetry, in the end, our personal perspective and reading of it can be very subjective, in a beautiful way. We each include part of ourselves in these poems: you will read with your own life, cultural, emotional baggage, I have put part of myself in each bridge translation, and Sarah and Jen have also added their own voices into each line.

Karin Karakaşlı and Bejan Matur write, and in my own way, I try to make their writing mine, and yours, and ours. Yearning to build our collective memory away from hatred. Creating spaces where we can all breathe and imagine the worlds we wish to inhabit. One line at a time.